History of the Band

In mid-2002 guitarist Alexei Furman leaves the band and his place took Artyom Stupak (ex Maranatha).
With a new line-up HB prepared program in the style of folk black-death. Also we introduced a new instrument: a block-flute (F.B).

In 2003, Mikhail Rodionov replaced by Sergei Nagorny (ex Heavenly Call). Group
begins to prepare a new program in the style of folk black, and no longer has
participate with Artyom Stupak who created his new project Evroklidon (Black).
Place of a solo guitarist takes Sergey Nagorny, and Fedor Buzilevich takes rhythm guitarist place.

2003 May 23 HB began recording their 2nd album in the style of folk black-death.

In April 2004 HB starts its official website. Since then group has been gaining popularity not only in their own country, but also far beyond elsewhere.

Also in April, the band begins to start recording their third album.

In 2004, Texas label "Bombworks Records" offers HB cooperation, and after a while a new album "Stranger" comes out, which becomes available for sale in many countries.

In July 2005, keyboardist Vera Knyazeva left the band , her place was taken by an old friend of Vladislav Malitsky (ex-GefSad).

The year 2006 was successful for the group in terms of concerts. Holy Blood visited with performances a lot of Ukrainian cities, also palyed in Switzerland, Moldova, and Finland.

In December 2007 HB is finished the next album "Patriot"

In Spring 2008 the band began to record a fourth album, "Shining Sun".

In June 2008 there have been significant shifts in HB music style and composition. So the band split.
a new bass player is Ira Klesch (formerly of the group "Temporary Suffering "- doom metal, she also playing with Fedor and Vera in one of a group
"Armageddon Metal Church" - epic doom metal), a new drummer is Alexander Omelchenko. solo guitarist Sergey also left the band.

In February 2009 Tolik Bondarenko joins HB as drummer, instead of Oleksandr Omelchenko who left the band.

In March 2009 Danyl Rybin joins HB as drummer, instead of Tolik Bondarenko who left the band.

In May 2009 Oleg Bogomaz joins HB as drummer, instead of Danyl Rybin who left the band.

21.06.2010 Victor Serbin joined the band and took the place of drummer
He had previously played in groups such as Witch Hunter, Dionis, Conquest

08.07.2011 New guitarist joined the band,a new member - Grigory Nazarov,
old friend of the band. He had previously played in groups such as Coram Deo,
Usynlig Tumult. He take the place of the guitarist Igor Dziuba who left the band.

In November 2013 the Holy Blood band started recording the fifth album. It will be released in Spring 2014 and will be named "Day Of Vengeance".

Before making a new album, the band's lineup changed, except for Fedor Buzilevich, Holy Blood's mastermind.

On December 25, 2013, the band announced they are in the studio working on a new album, and released a promotional video featuring a demo of a new song titled "Holy Blood".

In January 2014, the band announced the title of the upcoming album to be Day of Vengeance, which will be released in the spring. On February 18, the band's official website was updated, revealing a complete lineup change occurred once again, with the exception of Buzilevich. As a result, Buzilevich wrote and recorded Day of Vengeance by himself.

On December 14, Fedor Buzilevich uploaded a new song to the band's website titled "Ukraine" and announced he has starting writing for the band's sixth studio album. Day of Vengeance was released on December 31, 2014 in Russia and May 18, 2015 for the rest of the world.

In November 2019, Fedor Buzilevich visits Mexico, with the repertoire of Holy Blood. And participates in a 15 day tour of Mexico. with session musicians from Mexico.

In November 12, 2020 for fans of the album "Waves Are Dancing" release of the remastered version. 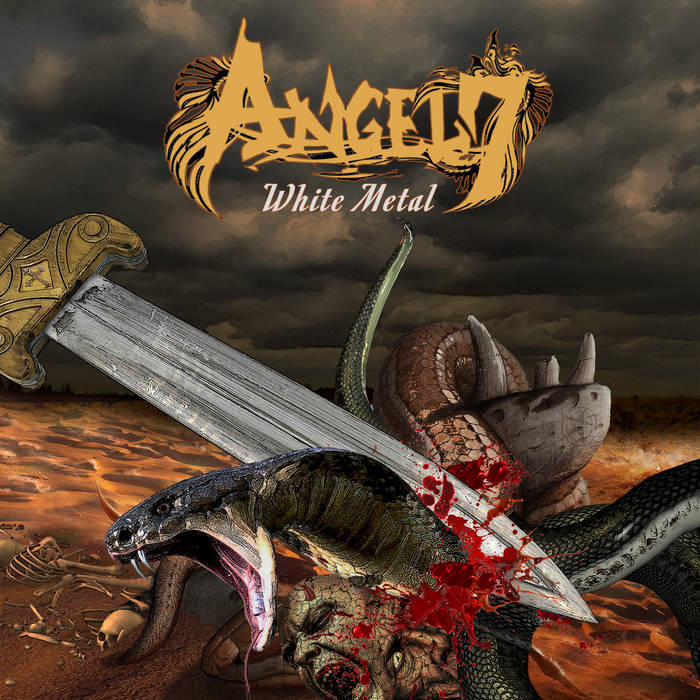 END_OF_DOCUMENT_TOKEN_TO_BE_REPLACED

Also you can order T-shirts for please e-mail: holyblood@yahoo.com